Microsoft introduced built-in teaming capabilities in Operating System starting from Windows Server 2012. Using these Network Adapters can be teamed without using any vendor/third party utilities. This Microsoft given teaming facility provides load balancing as well as Fail Over capabilities. Hence it is referred as LBFO in many places while describing the feature.

You can start the teaming utility on a Windows Server 2012 by using LBFOadmin.exe utility. You can launch it by typing “lbfoadmin.exe” from Start->Run or from command prompt on Windows Server 2012 or above. Using this utility you can manage teaming abilities of local as well as remote computer.

Look at the below screenshot which shows the teaming configuration of my local host. Teaming of remote servers can also be managed by using this wizard. 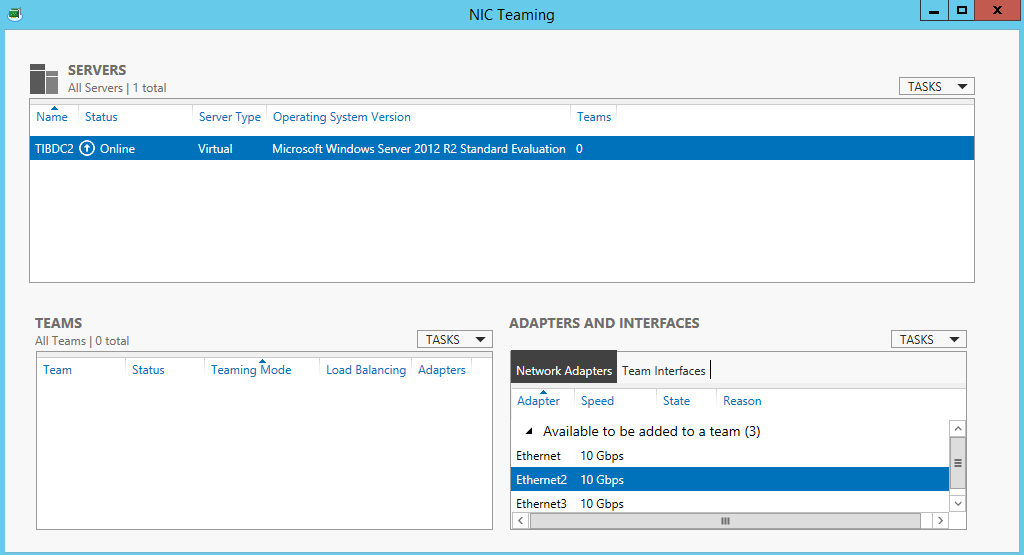 You can add more servers by using the Add Servers option in TASKS section under SERVERS.

Creating a new teaming is as simple as selecting the Network connections from “Adapters and Interfaces” section(Hold Ctrl key to select multiple NICs), right click, select Add To New Team as shown in the below picture.

It pop-up an wizard where you need to enter Team name and chose some more teaming parameters like team mode, active/passive adapters, VLAN Configuratin, etc and click OK to complete the teaming. 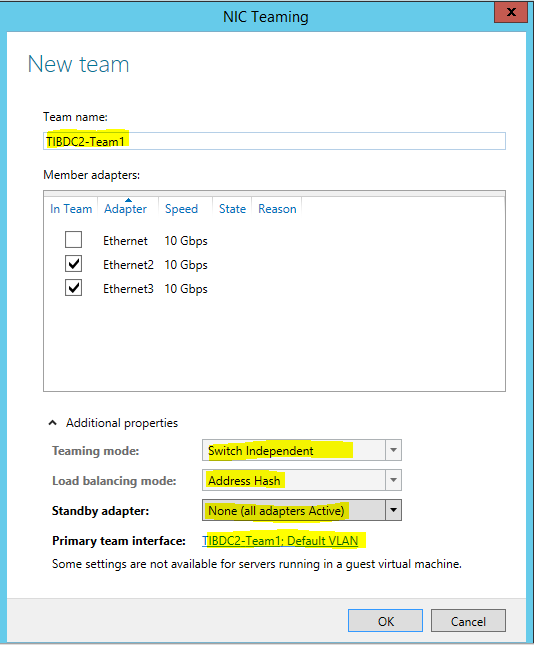 There are different teaming modes and load balancing algorithms available which you can select as per your needs. The details of each of these modes and algorithms can be found from TechNet or you can refer to one of below NIC Teaming Deployment and Management documents from Microsoft.

After selecting the required options, Click OK to complete the teaming. Review the TEAMS section in LBFOAdmin.exe utility to review the status of teaming. 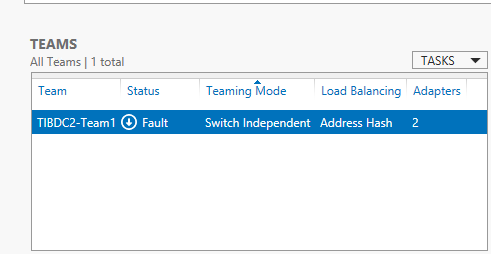 Since I have used a VM to demonstrate the teaming ability and both of the network connections are connected to Internal Network, teaming is showing as Fault. Otherwise, It should show online to indicate that it is successful.

We have seen how to configure teaming using UI method. But this method is not efficient if you want to incorporate the teaming task into build routines or you want to perform on multiple computers. Windows Server 2012 introduced a new module called NetLBFO which can be used to manage the teaming from PowerShell.

You can get the list of cmdlets in this module by using below command.

As you can see there are cmdlets available for performing various tasks related to teaming. Now let us use New-NetLbfoTeam cmdlet to create the teaming similar way we have done using the UI.

Refer to this TechNet article(http://technet.microsoft.com/en-us/library/jj130849.aspx) to know more about each of these cmdlets and how they can help automate you tasks.

Hope this helps and happy learning.

Next post: PowerShell: Detect if PowerShell script is launched from elevated prompt